Journey Into The Ancient Past of Perth

Journey Into The Ancient Past of Perth
December 16, 2020|Holiday Destinations

In the vibrant capital city of Perth, Aboriginal culture is palpably alive.

The notes are hypnotic. Most Australians would be familiar with the rhythms and phrasing, but few would have any idea of the meaning behind them. It is a song of the Dreaming and Walter McGuire, who is standing on the banks of Derbarl Yerrigan, the Aboriginal name for the Swan River, is singing it.

The attention of his guests is interrupted by the appearance of a pod of dolphins, their dorsal fins breaking the surface of the water behind him. This isn’t an unusual occurrence. Even at Elizabeth Quay, one of Perth’s newest redevelopments on its urban waterfront, nature is everywhere.

As a Nyungar elder, Walter knows this only too well. On his daily Go Cultural Aboriginal Tours, he shares the history of the world’s oldest living culture while pointing out the areas of the city that were once important campgrounds and hunting areas for his ancestors. 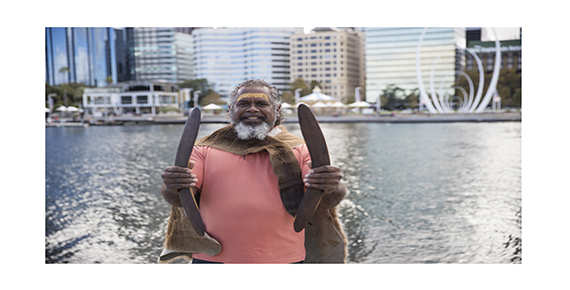 To the west is the vast Kings Park; to the north is the location of Perth’s long-lost Great Lakes, an extensive network of wetlands, swamps and lakes reclaimed during the 80 years after British occupation and now covered by the buildings and highways of the modern world. Until the 1940s, the Nyungar people still used them as an important meeting place, as well as a source of food and fresh water. While Walter sings and the dolphins swim, we’ve paused in front of a five-metre-tall sculpture by Nyungar artist Laurel Nannup. It resembles a giant bird on a boat gazing out across the water. “That’s right,” Walter says, song finished for the moment. “That’s what the sails on the boats looked like to my people during First Contact – a very big bird.”

During the 90 minutes that follow, Walter – who has spent his life learning the Nyungar culture and customs – leads the group around Elizabeth Quay, revealing what life on the waterfront was like for his ancestors. And what it’s like now.  We sit while he shows us the tools of his people, then set off at a gentle stroll, learning about animal tracks, bush food and the sacred sites and hunting grounds where his ancestors once roamed. 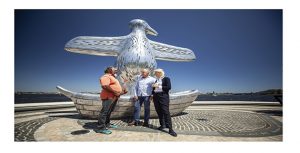 It is peak summer in Australia when I join a small group of interstate and international visitors to take Walter’s tour. But for the Nyungar people it is Bunuru, one of their six seasons. This is the warmest part of the year in the south-west of Western Australia; a time when, traditionally, the Nyungar would have moved to the estuaries to fish. In the colder months of Makuru, they would take shelter in the hills. The seasons for them are divided not by date, but by changes in temperature and wind, the arrival of rain and the abundance of different kinds of food.

It is an all-too-brief glimpse into the oldest culture in the world – one intrinsically tied to nature, even in the most modern of urban environments.