Visit Sydney – Enjoy All The Wonders Of A CBD Oasis

Visit Sydney – Enjoy All The Wonders Of A CBD Oasis
March 4, 2020|Holiday Destinations

Sydney is full of exciting stops around the city ….. As Australia’s largest city, Sydney provides an incredible diversity of holidaying experiences. From the steel-edged skyline of the CBD and the inner city’s iconic landmarks, to the sun-washed sands of Bondi Beach, to the nearby attractions of the Blue Mountains, there’s something to suit everyone’s holidaying style. 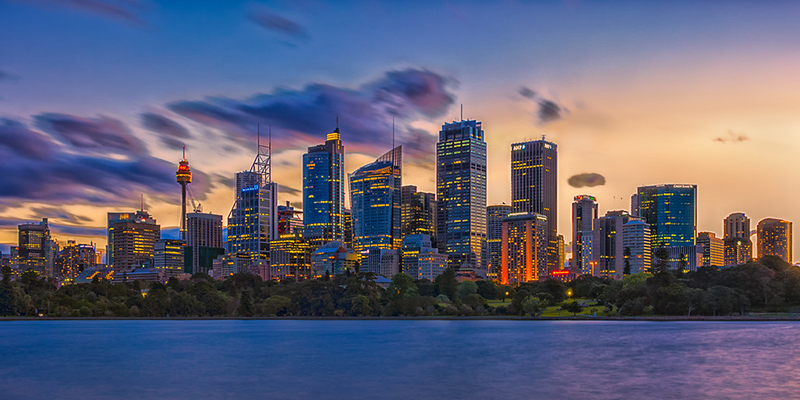 Things To Do In Sydney

If you’re an urban explorer, shopaholic or just want to see some of Australia’s most famous attractions, districts like the Rocks, Darlinghurst and Pyrmont are the city’s beating heart. Walking along thriving boulevards will reward you with attractions like the Sydney Observatory, the Museum of Sydney, the Mint and the sprawling Hyde Park. On Bennelong Point, the ivory shells of the Sydney Opera House offer an amazing view of Sydney Harbour, and are the perfect place to watch the Sydney Harbour Bridge silhouetted against the setting sun.

If you’re a fan of the sun, surf and sand, don’t worry – there’s dozens of beaches on offer in Sydney and its surrounding regions, each providing a unique way to experience the beauty of the South Pacific Ocean. Bondi Beach is certainly the most famous, but there’s also places like Manly, Balmoral, Curl Curl, Coogee, Cronulla and Marley, each with their own character and accompanying set of attractions. 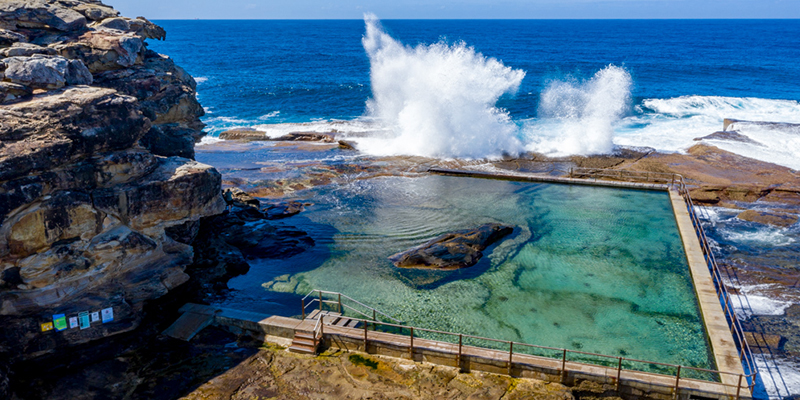 For those who want to get away from the hustle and bustle of the city, the tranquillity of the Blue Mountains is less than a two-hour drive from Sydney’s CBD. The region is an alpine patchwork of national parks, threaded with dozens of tiny mountain towns that have plenty to offer visitors. In tourist hotspots like Katoomba, you’ll find some of the area’s most famous attractions, like the Three Sisters, Katoomba Falls and Scenic World.

Sydney is much more than a concrete jungle; it plays host to dozens of spectacular waterfalls both in and around the city. Wattamolla is a 45-minute drive from Club Wyndham Sydney, in the eastern section of the Royal National Park. Famed for being the second-oldest national park in the world, there’s plenty here for the whole family including walking tracks, swimming holes, ample picnic grounds and a hypnotic waterfall. Plunging over a sheer cliff face into the sparkling freshwater lagoon below, the sight of this waterfall in the wet season is a visceral reminder of the sheer force of nature and is sure to get your creative juices flowing. 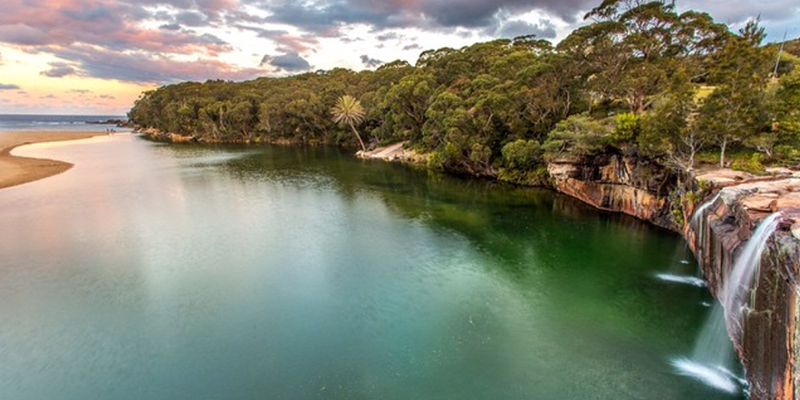 A little further afield, Govetts Leap in the Blue Mountains and Morton National Park in the greater Shoalhaven region boast some of the most inspiring waterfalls in New South Wales. The Blue Mountains region is rich in artistic and cultural history, dating back thousands of years to its original Aboriginal occupants. The landscape is scattered with evidence of their spiritual expression in the form of dreaming sites and rock art.

When you get there, you’ll see why everyone’s so in love with the scenery! The drive out to Govetts Leap is like a journey back through time to primeval Australia. The combination of dramatic landforms including staggering escarpments and dry ridges, with a rich colour palette – characterised by the blue haze the mountains are named after – is an intoxicating sight. 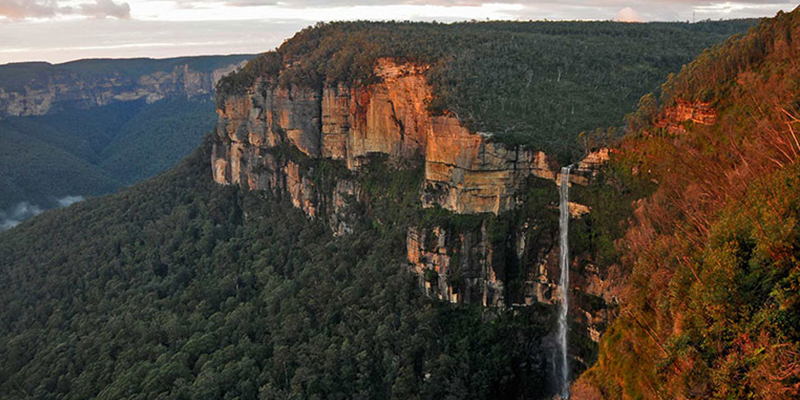 Govetts Leap lookout is one of the most visited viewpoints in the entire country, thanks to the panoramic views it offers of the Grose Valley and Bridal Veil Falls. At 180 metres, these falls are the highest in the Blue Mountains. Such breathtaking local scenery means it’s no wonder the Blue Mountains region is famous for being an artistic hotbed.

Morton National Park is two-and-a-half hours south of the CBD by car, and well worth the drive. The park is home to the impressive Fitzroy Falls, a visual and auditory display of power like no other. The thunderous roar of the impressive cascade is a compelling reminder of Mother Nature’s omnipotence.

In fact, the Morton National Park region is so spectacular that it served as the inspiration for some of Arthur Boyd’s most well-known oil paintings including ‘Waterfall’ and ‘rock face at Shoalhaven Valley’, as well as Australian poet Philip Durham Lorimer’s poem, Fitzroy Waterfall.

Avoid the Sydney traffic, put a spring in your step and discover a side of the Harbour City you might not have met before. Learn about Sydney’s colourful past on a historically accurate, fun and adventurous walking tour. 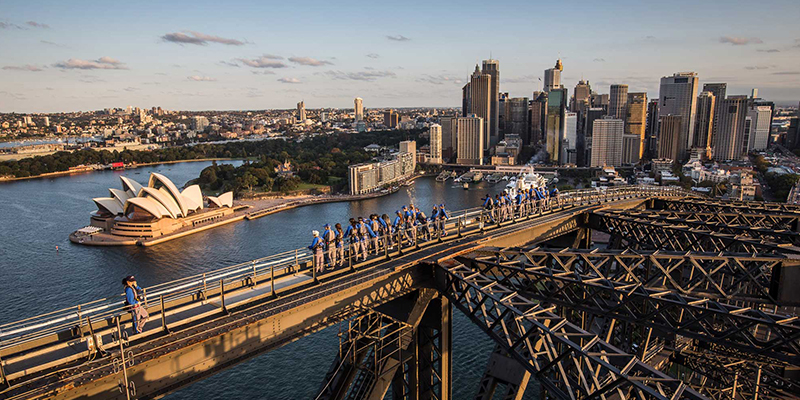 Imagine learning to surf at world-famous Bondi Beach! Whether it’s your first time on a board or you’re a keen surfer looking to hone your skills, the friendly and professional surf coaches at Let’s Go Surfing (LGS) can help you catch the wave of your dreams. Plus, the school has all you need to get you out in the waves – from boards to wetsuits to surf wax! 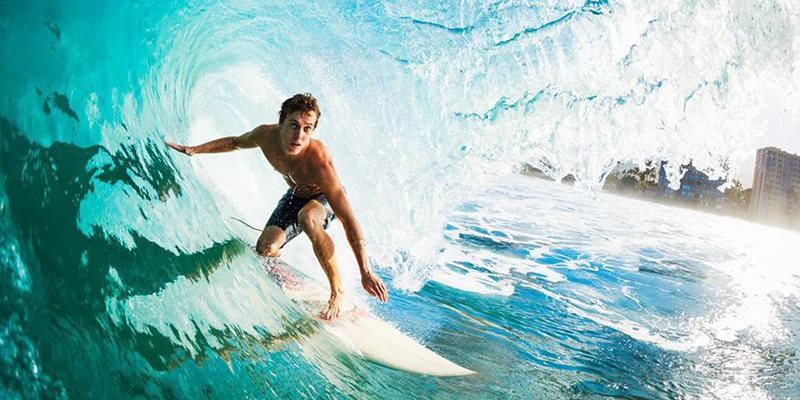 After a day of exploring the sights of Australia’s busiest city, you might like to retreat for some R&R. The apartments at Club Wyndham Sydney offer a sanctuary of calm amidst the resort’s central Sydney location. For some extra pampering, ask Reception to book a massage for you – the Siam Traditional Thai Massage service is simply divine and will leave you feeling relaxed from head to toe.